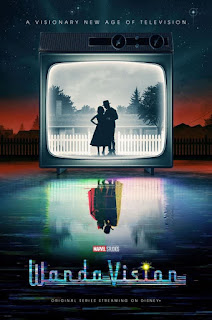 Well what can I say, Wandavision has officially wrapped up an amazing series. Gathering pace week by week WandaVision showed a new side to Marvel. With the series being the first to showcase Marvel Studios on a new level in TV instead of films it kept viewers hooked from the start.

Yes the first few episodes were a life away from what fans have grown to know and love as a universe, it soon came into its own and still had the same level of what you would expect from Marvel. With episodes released on a weekly basis it gave fans time to build on it each week and chat to others about their theories. I've not seen this in a while where my timeline was full of people talking about the same show.

As the finale approached everyone tuned in and it was worth it. The series built to a great finale and what I am personally happy about that no spoilers ruined it before it was broadcast.