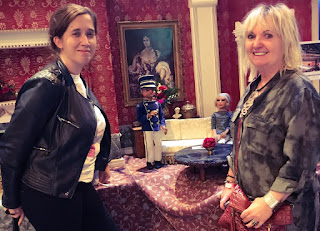 Welcome back to the blog which today focuses on Thunderbirds Day 2019.

Thunderbirds turns 54 this year and is still as popular now as it was when it first started. In recent years with the new series of Thunderbirds are Go that has been shown on ITV it has gained a whole new generation of fans.

I remember discovering the show when I was young when it first aired on BBC2 back in 1992. Since then I've been a fan from the TV show to the movies to the brand new series.
I've been a fan of the other series but this has always been my favourite. 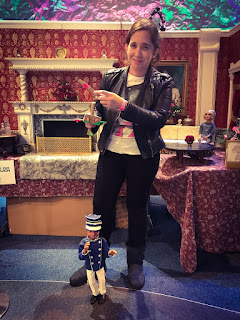 When ITV released Thunderbirds are go back in 2015 it was met with much speculation of how it would live up to the original. I think if you were a fan of the original it's actually a great nod to it with so many references to older episodes.
My favourite one is Designated Driver where Alan receives driving lessons from Parker but Great Aunt Sylvia comes to visit Lady Penelope for tea. Great Aunt Sylvia is voiced by Sylvia Anderson who provided Lady Penelope's original voice back in the original series. If notice it there is also the reappearance of the original FAB 1 in this episode.

Back in 2015 after a successful kickstarter campaign 3 brand new episodes were made with the original format. If you haven't managed to catch these before they will be playing on You Tube on Sept 30th to celebrate this years Thunderbirds Day. I was lucky to see this on the big screen on a cinema special a few years ago and the attention to detail is just amazing. I think the whole fan base would agree more of the original series would go down really well.

I was lucky enough a few years ago to meet Dee Anderson and Stephen La Riviere at an exhibition. Not only did I get to see the sets and the puppets but I still have Stephen to thank till this day for making my childhood dream come true for getting to have a go at operating Parker.
There's something still very unique about all the Gerry Anderson shows and I think the legacy he created was and still is something great that people will always have a love for.

If you have a favourite episode of the show let me know below and what you love about the show.
Have a great week
Love Holly
x
Labels: ladypenelope thunderbirds thunderbirdsarego thunderbirdsday2019